omis@pemz.ru
About
Employment
To investors
Our newspaper 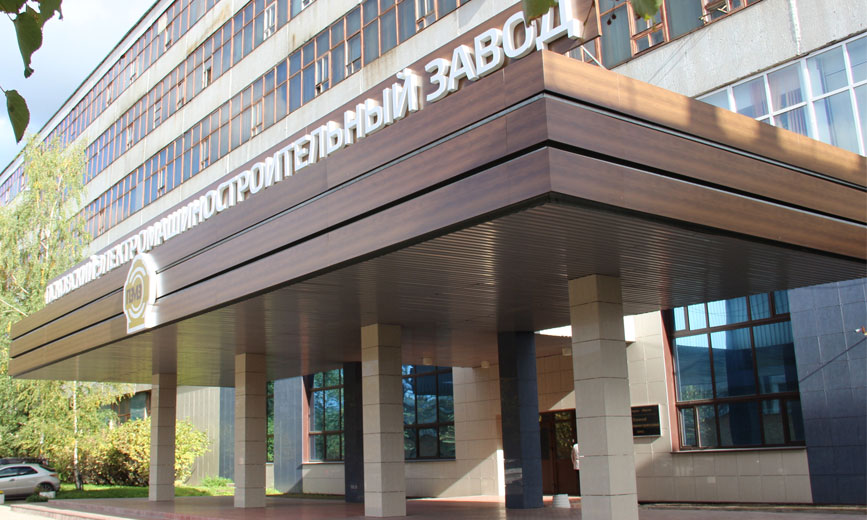 The year 1895 is to be considered the date of the foundation of the factory when an enterprising German from Vindava (since 1917 Ventspils) Alexander Stein has open a repair shop with 2 workers and one lathe. In the years 1896-1897 Stein offered services for construction of water pipes for estates and country houses, for drilling of bore wells.

By the year 1905, the repair shop grew into a mechanical plant with 70 workers. The plant made the pumps, the steam boilers, the bearings, cast products from copper, iron and bronze. In 1907 Stein built a 2-storey office of brick at the corner Kohanovskiy Boulevard ( Today is Oktyabskiy Prospekt) and Pankovskaya street ( Metallistov street).

The plant’s workers did construction and installation works for small enterprises. Stein sold the bricks, the cement, the clay, the mosaic tiles for floors and sidewalks, the pipes from metal and ceramic, the accessories for water pipes and electrical goods. He was a sales representative of the foreign firms for the dynamos, the pumps, the steam boilers and the steam engines, the cars, too. The technical service of the factory carried out orders for electric lighting: in the Summer Theater in Sergievskiy Sad (garden), of the boat bridge constructed on the occasion of the arrival of Emperor Nicholas II in August, 1903, and in the People’s House (Narodnyi Dom, that is the Theater) named after Pushkin in 1906. Also Stein carried out orders for laying the rails of the city tram.

In 1914 Stein sold the factory to the Military of Defense. The plant changed its name to the «Northwest workshops».

After the October Revolution of 1917, the plant produced agricultural machines and repaired the locomotives.

On the 25th of February 1918 Pskov was occupied by the German forces and white guard gangs. The city was liberated only on November 25, 1918 by the Red Army units. In 1918 the plant carried out orders from the city government. On May 25, 1919, Pskov was occupied by the white detachments of Estonians and the cossack ataman Bulak-Balakhovich. When the Estonian units retreated in August 1919, Alexander Stein left with them and took partly the factory’s equipment to Estonia.

Pskov was finally liberated only on August 26, 1919, but until the end of 1919, the Red Guards twice repelled the raids of the troops of the White Guard General Yudenich.

1919 was a difficult year for the factory, but nevertheless, it was restored by October 1919 and then received the name "Metallist". In 1921, "Metallist" merged with the "Selmash" plant (the former mechanical plant of Sultson, which produced plows) and became known as the "Pskov plant of agricultural implements" Metallist ". However, the factory was often called “Metalist” as before. And “Selmash” became just a plow shop. The workers of “Selmash” made the plows and their blades, the drawbars.

In 1924, “Metallist” produces in mass the agricultural machines: the plows by the Frolov brothers, the winnowing machines, the threshers, the axles for carts and carriages. .The factory also makes cast iron and copper castings (the parts for furnaces and the hatches, the spare parts for repairing locomotives). In the woodworking shop which was located in the building of the former convict prison ("Pskov Central"), they workers make wooden parts for the winnowers. At the time 179 workers worked in 3 workshops in the factory. In 1927 «Metallist» begun producing the machines for processing flax. In 1931 Pavel Gelstein who was a carpenter of the state farm «Polonoye» near the town Porhov, Pskov Oblast, invented a whipping machine which was given his name - «Gelstein machine». Gelstein move to work at «Metallist». In 1933 «Metallist» started to produce peat processing machines, the cranes for removal of tree stumps, the peat machines and the peat pumps. During the Great Patriotic War, the factory was completely destroyed, the equipment was exported to Germany. Immediately after the liberation of Pskov, the production of the most necessary items was organized: the wooden frames, the buckets ... Gradually, new workshops began to grow, the equipment was put into operation.

In the end of 1950s, the plant began to develop and produce electrical products. In January 1958 the plant was renamed as «Pskov Electric Machine Factory» («ПЭМЗ» in Russian letters), and in the same year the plant started to produce DC machines in mass.

In the 1990s, the demand for manufactured products fell sharply. In a short time, the factory mastered the production of synchronous generators for passenger cars, new micro motors for the cash registers, the flashing beacons of special vehicles, the service devices for cars, the electromechanical toys. Also the factory started to make micro motors for electric cars, for duct ventilation. The product line was upgraded for more than 90%.

In 2003 the plant mastered the production of a phase splitter RFE-U1 for electric train, a traction motor TAD-21 for electric drive of tram, an electric motor DPTV-16.25 U2 for electric drive of cooling fan of resistor block of dump truck «BelAZ», the asynchronous external rotor motors DAK 92-45 and DAK-120, made a plastic container K-0,75 PP for garbage recycling. In a few years the factory stopped producing the micro motors, the external rotor motors and the rotational moulding plastic products.

In 2010, the factory’s engineers developed asynchronous traction electric motors of the DATM type for a subway train car. In a year the mass production of these motors began.

In 2015 the engineers of the factory designed an asynchronous traction motor type ATD-10 (72 kW, 500 V) for driving a low-floor tram. An asynchronous traction electric motor of the DATE-1U1 type for the EG2Tv “Oriole” (Ivolga) electric train has been developed and certified. The engineers of the factory develop a liquid-cooled traction electric motor for driving new modular low-floor buses made of composite materials.
About
Employment
To investors
Our newspaper
Request callback